My name is Gorakh Bista, I’m a photographer.

The world without photography will be meaningless to us if there is no light and color, which opens up our minds and expresses passion. 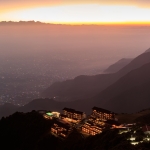 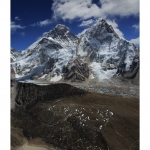 My name is Alex Novo,I’m a photographer.

The world without photography will be meaningless to us if there is no light and color, which opens up our minds and expresses passion.

Gorakh Bista is a travel and adventure photographer/videographer based in Kathmandu. He is originally from a remote village in the Humla district of the Karnali region in North Western Nepal. He began his journey in photography more than a decade ago as a travel photographer. He has since explored and has expertise in all major areas of outdoor plus aerial photography including wildlife, nature, and adventure photography. He now specializes primarily in travel photography and videography. Gorakh has also directed and shot numerous documentaries including Trophy Hunting and Lilumati’s Diary. His landscape photographs have been highly appreciated by the current President of Nepal and are currently on display at the President’s residence, Sheetal Niwas. Nepal Tourism Board, Nepal’s tourism governing agency has also featured his photography. Most recently, he has been working with non-governmental organizations to film issue-based, awareness-raising social documentaries. His work has also appeared in leading national dailies, television, exhibitions and events across the country and internationally. An avid adventure enthusiast. He often travels to remote parts of Nepal and documents images of landscapes never photographed before.

This website uses cookies to improve your experience while you navigate through the website. Out of these cookies, the cookies that are categorized as necessary are stored on your browser as they are essential for the working of basic functionalities of the website. We also use third-party cookies that help us analyze and understand how you use this website. These cookies will be stored in your browser only with your consent. You also have the option to opt-out of these cookies. But opting out of some of these cookies may have an effect on your browsing experience.
Necessary Always Enabled
Necessary cookies are absolutely essential for the website to function properly. This category only includes cookies that ensures basic functionalities and security features of the website. These cookies do not store any personal information.
Non-necessary
Any cookies that may not be particularly necessary for the website to function and is used specifically to collect user personal data via analytics, ads, other embedded contents are termed as non-necessary cookies. It is mandatory to procure user consent prior to running these cookies on your website.
SAVE & ACCEPT
error: Content is protected !!